While sales in the Mexican automotive market remained subdued in the first half of 2018 car exports have increased 10%, helped by new production plants. 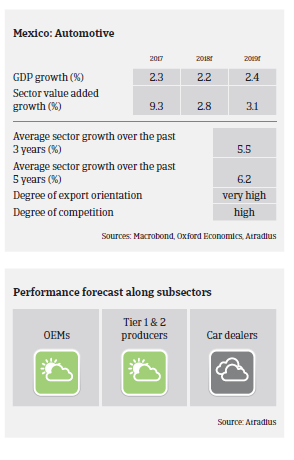 Areas of Expertise: Credit Insurance & Risk Mitigation  OneSource Risk Management is one of the fastest growing specialty brokers in the world.  Established in Portland Maine...